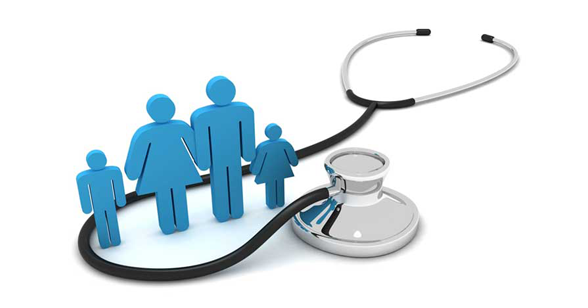 Consumers face growing insurance headaches, with premiums for health insurance set to soar, more claims being rejected on household policies, and potential mis-selling of mortgage protection insurance when homeowners ask to have their debts restructured.

The insurer Aviva Health predicted last week that premiums would increase by 25%-30% by 2015 if the government goes ahead with planned changes to hospital charges.

Premiums have already more than doubled since 2007, according to the Central Statistics Office (CSO), at a time when inflation has flatlined (see chart).

Alison Burns, chief executive of Aviva Health, said: “If the government continues to introduce policies such as its proposal to charge privately insured patients for occupying public beds, the spiral of increase will unfortunately continue.”

Almost 200,000 people have dropped private health insurance in the past four years, and Burns predicted more would be priced out of the market as premiums increase.

The cost of household insurance has stabilised, and it fell slightly in the past year, according to the CSO. Insurers are turning down more claims, however, relying on rigid interpretations of the policy small print to avoid paying out, according to the Irish Brokers’ Association (IBA).

Brian McNelis, director of general services at the IBA, said: “Anecdotal evidence from our members suggests it takes anywhere from 10 to 100 phone calls with the various parties before a claim is settled. This is time most people don’t have to spare.”

Mortgage protection insurance offers scope for significant savings, especially for homeowners switching from older policies. However, the benefits are being denied to those who need them most — distressed borrowers. They often need to amend mortgage protection cover when their loans are restructured but feel pressured into taking the cover sold by the bank.

John Geraghty of LA Brokers, which sells discounted insurance online, said: “People don’t want to rock the boat because banks hold all the power when mortgages are restructured. People take what they’re given.”

We tell you how to avoid being caught out.

HEALTH INSURANCE Under government proposals, health insurers will have to pay much higher charges from July when hospitals put their customers in public wards because of overcrowding. Insurers are expected to pass on the new charges — €60m this year, €125m in 2014 and €250m in 2015 — by increasing premiums.

Health insurers currently pay €75 a day when customers end up in public wards, with a maximum charge of €750. Under the government’s proposals, the charge would rise to a maximum of €1,055 a day — the same price hospitals charge for their private or semi-private beds.

Dermot Goode of HealthInsuranceSavings.ie, an adviser, said: “Hospitals will have no incentive to find you a private room because they’ll get about €1,000 a day from your insurance company even if they leave you in a public ward. They will be allowed to charge your insurer for a service you won’t receive, a cost that will inevitably be passed on in higher premiums.”

Despite the proposed changes, health insurance will still allow you to skip the long queues for treatment that are faced by the 54% of Irish people who do not have cover. Insurance might no longer get you a better standard of accommodation but you will get into hospital much quicker than those on public waiting lists.

“You should do everything in your power to be treated in a private hospital because that’s the only way you’ll be sure of getting the service your insurance is paying for,” said Goode.

This will not be an option for everyone, though, because most private hospitals cannot deal with accidents or other medical emergencies.

Emergency cases should refuse to reveal if they have insurance, Goode said. “Those admitted to hospital through accident and emergency departments are entitled to treatment as public patients,” he said. “Hospitals don’t need to know they have health insurance.”

HOUSEHOLD INSURANCE Homeowners are finding it harder to claim on household insurance, according to the IBA, because insurers are combing though the small print to find excuses to avoid making payouts.

IBA members blamed the trend on the tough economic climate and a rise in insurance fraud, resulting in claims being vetted more carefully.

McNelis advised homeowners to seek help in pursuing claims, especially if the amounts involved are significant. “Consumers who deal directly with insurance companies are less likely to be paid or are likely to receive a lower settlement in the event of loss,” he said. “Brokers have the experience and knowledge to sift through the many terms and conditions in insurance policies. Consumers cannot be expected to have this expertise.”

McNelis said 61% of brokers surveyed by the IBA reported that they had successfully renegotiated a rejected claim, while 78% said they had secured a better settlement for clients than insurers’ first offers.

Insurers defended their stricter claims handling, saying fewer claims mean lower premiums. Michael Horan, non-life manager at the Irish Insurance Federation, said: “Insurance companies aim to achieve a fair and just settlement within the terms of the policy. It’s only sensible that they don’t go beyond this because premiums would go up for everybody.”

FBD, an insurer listed on the Irish stock exchange and a big player in property cover, reported “progress” in managing claims costs last week. It reported a reduction of €192m in claims in 2012, citing “increased fraud detection and early settlement of claims”.

One IBA broker reported that an insurer made unreasonable demands for information to support a client’s claim for €50,000, offering to pay only half the claim when the information could not be provided. After negotiations that dragged on for several months, and a threat to complain to the Financial Services Ombudsman, the insurer eventually settled in full.

Another IBA broker said an insurance company rejected a claim for missing jewellery because the loss was not reported to gardai within 24 hours. “The client was simply waiting to see if the items turned up,” the broker said. “When we stepped in the claim was paid in full after lengthy negotiations.”

MORTGAGE PROTECTION INSURANCE Struggling homeowners will need new mortgage protection policies if their debts are restructured by extending the term or moving to interest-only payments to reduce the monthly cost.

This should offer a chance to get better value because newer policies tend to be cheaper. Borrowers may not benefit, though, if they feel obliged to arrange the new policy with the bank that is restructuring their mortgage. Distressed homeowners are in a poor position to enforce their rights, even though the consumer protection code makes it illegal for banks to make one product conditional on buying another.

Geraghty said: “I’ve seen banks sell mortgage protection as a whole-of-life policy, even though it should be reducing term, so that the amount of cover declines over time as the debt is repaid.”

All homeowners, including those who are not in difficulty, should review their mortgage protection cover to see if they could get a better deal.

Not everybody would benefit, especially those with medical problems or who are considered risky to insure. A couple in their fifties paying €160.33 on a mortgage of €267,000 borrowed in 2008, would pay €188.10 a month if they bought the same policy today, mainly because they are smokers.

Making claim can save pain

Niall Naughton, 23, from Malahide, Co Dublin, bought health insurance for the first time two weeks ago, signing up for GloHealth’s Good plan, which costs €64.58 a month.

“I was covered on my parents’ policy until now,” said Naughton, who works in financial services. “I wouldn’t like to be without insurance because I’ve had sports injuries and I know how valuable it can be.”

This could change in future if premiums continue to escalate. “The current premium is enough for me,” he said. “If it increased to €80-€100 a month, I’d have to consider whether I could still afford insurance.”

Naughton looked at all four health insurers before picking Glo because he found its website to be light on jargon and easy to navigate. “Initially I looked for the cheapest policy but premiums were similar across all four insurers, with differences of no more than €10 a month between the cheapest and the dearest,” he said.

In addition to hospital cover, Glo offers a choice of two extra benefits at no additional cost. Naughton picked its travel and sports injury packages. “Travel cover is a useful added extra because I go to Britain four or five times a year to attend Liverpool football matches,” he said. “It’s a good back-up in case something happens with my flights.”

Naughton discovered the high cost of treating sports injuries several years ago when he tore a cruciate ligament playing football. “I needed scans, an operation and a lot of physiotherapy,” he said. “I would have been in a bad position financially if I wasn’t covered on my parents’ policy.”

Glo’s sports package pays €25 per visit for up to two physiotherapy sessions a year. It also covers sports psychology and massage.