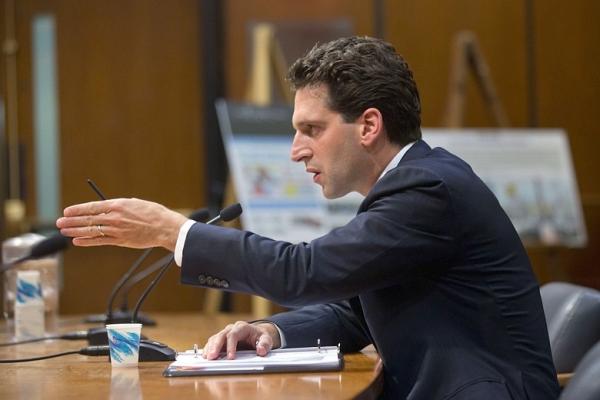 Barclays faces fines and penalties of more than £2 billion this week as the big investment banks make final settlements with British and US authorities over their involvement in the rigging of global currency markets.

London-listed Barclays is expected to pay the biggest share of the fines when it announces on Wednesday, along with other banks including Royal Bank of Scotland, a guilty plea to foreign exchange manipulation as part of a deal with the US Department of Justice (DoJ).

At least five banks, including Wall Street giants JP Morgan and Citigroup, and Switzerland’s UBS, are expected to pay more than $4 billion to the DoJ to settle claims over their involvement in the scandal, in what would be the final major action by regulators over foreign exchange-rigging.

Wednesday’s fines are thought likely to exceed the November settlements, with the DoJ expected to impose harsher penalties on the banks.

Barclays, which did not take part in last year’s deal, is likely to face the biggest fines this time and is expected to settle investigations by the FCA, CFTC, DoJ, as well as the New York Department of Financial Services (DFS).

The main reason for Barclays not settling seven months ago was its inability to reach a deal with the DFS, which led by Benjamin Lawsky has developed a fearsome reputation for grinding out swingeing fines from big banks.

At its first-quarter results on April 29, Barclays topped up its legal fund for forex fines by £800 million, taking its total provision to £2 billion. At least £200 million of this is expected to be paid to the British authorities with the remainder handed to US regulators.

RBS has so far paid out $634 million and its current provision for forex- related investigations and litigation stood at £704 million at the end of March, making it among the biggest individual issues still facing the taxpayer-backed bank.

In its latest results, RBS told investors that it was in advanced settlement discussions with the DoJ and other regulatory authorities.

Antony Jenkins, chief executive of Barclays, has been clear that dealing with the forex scandal is among the top items on his agenda and has said that he wants to reach a settlement to put the matter into the past.

Like the Libor scandal, forex manipulation involved groups of traders at different banks working together to move interest rate benchmarks in order to profit their own market positions.

The Serious Fraud Office has begun a criminal investigation, which could result in individual traders being prosecuted and potentially facing jail sentences if they are convicted of fraud.