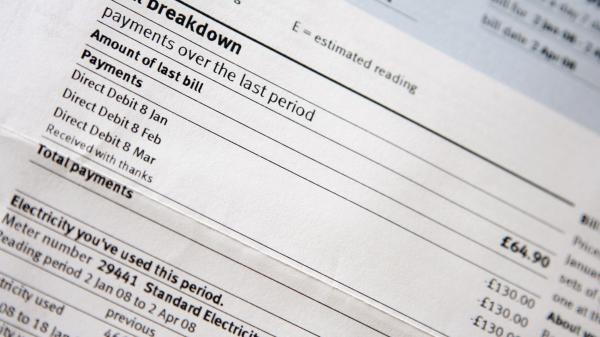 The government has given its clearest warning yet that it is preparing to cap energy prices, vowing to take “very decisive” action to address the “flagrant mistreatment” of millions of households on expensive tariffs.

Shares in both Centrica and SSE, the biggest household energy suppliers, fell by more than 1.5 per cent yesterday after Greg Clark, the business secretary, said that customers on standard tariffs were exploited, abused and milked. The remaining four members of the Big Six energy businesses are EDF Energy, Npower, Eon and Scottish Power.

Ministers were finalising “muscular and strong” proposals to intervene in the market, which they planned to publish very shortly, Mr Clark told MPs on the business select committee, indicating that they could do so before the election.

A wide-ranging cap on standard variable tariffs is expected to be one of the proposals in a consultation and could even be the preferred option.

Calls for intervention have mounted in recent months after five of the Big Six suppliers increased standard variable tariffs. Many are still offering heavily discounted deals to customers that shop around, fuelling concerns that loyal customers are being ripped off.

The consultation paper had been expected next week and officials were scrambling last night to assess whether it could still be published before the “purdah” period — expected within days — begins ahead of the election. Mr Clark said that the document was “in the final stages of preparation” and that the government needed to “reflect on whether they can be finalised in time”. He said that ministers had a “duty to act” after the Competition and Markets Authority concluded last year that two thirds of households were paying hundreds of pounds a year too much. Households were overpaying by as much as £2 billion a year, it found.

Mr Clark said it was “clear the market isn’t working” and he vowed to take action that would “address this completely unacceptable detriment”.

The CMA initially proposed temporary regulation of standard tariffs while measures to encourage switching were introduced. The plan, opposed by some in government at the time, was dropped from the CMA’s final report.

However, one member of the CMA’s panel, Martin Cave, dissented, insisting that such action was necessary given the scale of harm to consumers. Mr Clark highlighted Mr Cave’s views that “more decisive action was needed”.

Lawrence Slade, chief executive of Energy UK, said: “Intervening further in the energy market risks undermining so many of the positive changes we are seeing in the retail market. That would be bad for competition, but more importantly, bad for customers, too.”