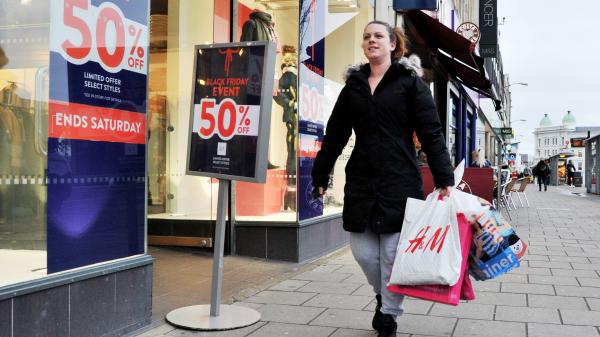 Household finances are in their worst state since the summer of 2014, according to a closely watched survey.

The latest data show a “sharp and accelerated squeeze” in financial wellbeing in the average British household, as families report the biggest reduction in cash available for them to spend since August 2014.

Consumers are starting to feel the effects of rising prices for everyday goods and services, driven by rising energy costs, petrol prices and the fall in the pound after the Brexit vote, which has pushed up the cost of imports.

The household finance index, compiled by Markit, showed a fall in its balance to 42.5 in April from 43.1 in March. Any reading below 50 indicates that household finances are deteriorating rather than improving.

Britons were a little less pessimistic about their financial outlook than February, but still remain more worried than at almost any other time in the past three years, the survey showed. The oldest age range in the report, those aged between 55 and 64, were particularly pessimistic about their financial outlook. There was also a decline in job security among the survey’s 1,500 respondents in April, falling to a balance of 46.6 from 47.1 in March.

However, despite a reduction in cash left over to spend on discretionary items and a gloomy outlook, consumers are dipping further into their savings and are loading up on unsecured credit rather than rein in their spending. Household savings declined at the sharpest pace since July 2014, according to Markit.

This is likely to prove a concern to policymakers at the Bank of England, who are growing worried that people are becoming too reliant on credit cards, personal loans and overdrafts, which could fuel another dangerous debt bubble. Official figures showed that the household savings ratio in the UK, which measures the amount of money that Britons have available to save as a percentage of their total disposable income, fell to a record low of 3.3 per cent in the final three months of last year.

The Bank is concerned that the big lenders are making it too easy for consumers to obtain credit. To address this concern, the Prudential Regulation Authority has begun a review into the credit quality standards that lenders impose for new consumer loans.

However, Tim Moore, senior economist at IHS Markit, said that a continuation of strong consumer spending was a good sign for the economy in the short term, and added: “The latest survey also highlights a robust increase in workplace activity in April, which was broadly spread among private sector employees. This is an early signal that the wider UK economy has carried through a healthy degree of growth momentum into the second quarter of 2017.”