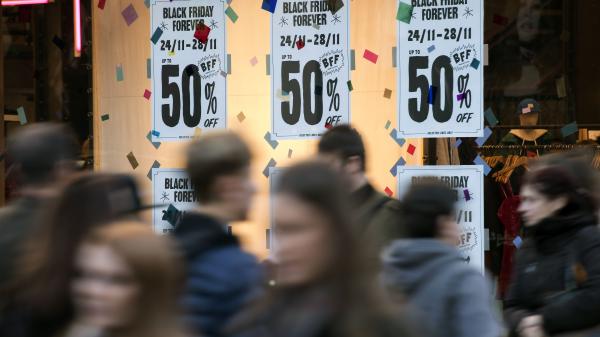 Credit card debt reached a record high last month, as Britons borrowed billions to finance new cars, holidays and big-ticket items in a spending spree not seen since before the global financial crisis.

Figures from the Bank of England showed that unsecured lending to households rose at the fastest rate in more than a decade in the year to October, increasing by 10.5 per cent, a level not recorded since 2005.

In a further sign that consumer spending remains largely unaffacted by the Brexit vote, £600 million more was piled on to credit cards in October compared with a month earlier.

Elizabeth Martins, an economist at HSBC, said: “Credit conditions remain very loose and there is little sign so far of borrowers, either consumer or corporate, starting to worry about Brexit at this point.”

In total, households owed £66.2 billion on credit cards last month, a record high. Gross card use in the month reached £15.98 billion, also a record, while credit card debt this year has risen by £1.4 billion.

The figures also showed that £123.9 billion was borrowed in other loans and advances, excluding mortgages, as record low interest rates continue to drive up demand for unsecured credit.

Official figures show that retail sales volumes in October rose at the fastest pace in 14 years, while the forecast-busting GDP growth of 0.5 per cent in the third quarter was driven largely by consumer spending.

The rapid increase in consumer borrowing over the past two years have followed six years of relatively weak growth during the global financial crisis and its aftermath, meaning that a household’s outstanding debt as a share of income is still not reaching the dangerous levels it did before the recession.

Samuel Tombs, chief economist at Pantheon Macroeconomics, said: “Unsecured borrowing has become a lot of cheaper. If you go on to your bank’s website, you will immediately get a box saying you can buy on an unsecured basis on 3 per cent or so, and that’s a lot less than it used to be.

“Those unsecured borrowing rates have come down an awful lot and banks have been pushing those products.”

Households are losing confidence about the future as the sheen comes off the post-Brexit vote honeymoon (Philip Aldrick writes). Consumer confidence tumbled this month back towards levels seen in July, soon after the surprise referendum result, according to the GfK confidence barometer. After July, confidence recovered as the economic data came in better than expected, but gloom has started to set in again, despite recent upbeat figures. November’s reading dropped to -8, the lowest since late 2013 excluding July’s -12.

“The decreasing score on the economy for the next 12 months shows we are resolutely gloomy,” Joe Staton, of GfK, said.

GfK carried out its survey of 2,039 people in the first two weeks of November, when the Bank of England warned about the threat of inflation and weak growth.