Home
/
Stock Trading
/
How to tell your ETF from your elbow 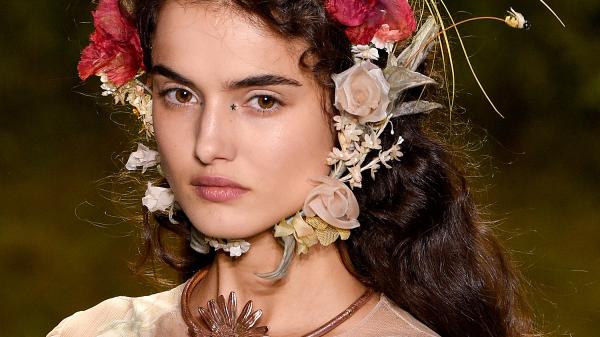 These funds are becoming popular, but the options can be confusing. We help guide you through

The exchange-traded fund, or ETF, phenomenon continues to grow. Last month £9 billion was invested throughout Europe. Yet how many people who have put money into an ETF know exactly what they are buying? If you’re flummoxed, you need our guide.

How ETFs work
These funds operate in a similar way to tracker funds in that they aim to replicate the performance of a particular stock market index, such as the FTSE 100. Bond ETFs seek to do the same with a bond index, while commodity ETFs, usually known as exchange-traded commodities (ETCs), will seek to replicate the price of a commodity, such as gold. In their simplest form they do this by holding the commodity in a tangible form, such as gold bullion — these are known as physical ETCs. Alternatively they may use derivatives to capture the rise and fall in the price of a commodity. These are known as synthetic ETCs. Some ETFs may also adopt the synthetic approach.

Shaun Port, of Nutmeg, the online wealth manager, says the advantage that ETFs hold over ordinary tracker funds is that while trackers are priced once a day, ETFs are traded on a stock exchange and thus can be bought or sold at any time during dealing hours, meaning that they are more liquid.

The quid pro quo is that because ETFs are shares, people must go through a broker and pay dealing commission, which will typically be a flat fee of as little as £10, plus a small spread between the buying and selling price, usually a fraction of 1 per cent. On top of this there will be an annual charge for the ETF, as there is for a tracker fund.

The range on offer
You can buy ETFs covering the stocks of a country or you can go for regions such as Europe, Asia or Latin America. There are ETFs covering the world. You can choose to focus on large-cap stocks or smaller companies.

The same goes for bonds. You can buy ETFs tracking the bonds issued by the UK government, known as gilts, or corporate bonds issued by companies. You can also buy ETFs covering European, US or Japanese bonds, and can do so with or without currency hedging. When it comes to commodities you can buy anything from precious metals to crude oil or natural gas. On the agricultural side the choice ranges from coffee and sugar to soya beans and lean hogs.

The super-cheap ETFs
There is strong competition among the groups offering ETFs and trackers to drive down the annual charges to bargain-basement levels. FE, the financial research group, lists some of the cheapest ETFs among the tracker funds to which it gives a favoured crown rating. Vanguard, BlackRock’s iShares and Deutsche Bank’s DB X-Trackers offer an ETF tracking the US stock market for an annual charge of 0.07 per cent. Source offers an ETF charging 0.05 per cent. If you want a very cheap fund that tracks the UK stock market, HSBC and iShares offer one with a charge of 0.07 per cent. HSBC and Source have funds tracking European stock markets that charge 0.05 per cent.

Lyxor offers two government bond ETFs with a charge of 0.07 per cent, while Vanguard has a gilt ETF charging 0.12 per cent. For corporate bond ETFs iShares has one of the cheapest on offer at 0.2 per cent. ETF Securities has a gold bullion fund with an annual charge of 0.4 per cent and an oil ETC charging 0.49 per cent.

These charges are much cheaper than the 0.75 per cent routinely charged by actively managed funds, although some would argue that the best active funds outperform passives.

The tactics
Mr Port says individuals can build a portfolio of ETFs to suit their taste and appetite for risk. He says that a typical medium-risk portfolio would consist of a blend of ETFs covering a number of the world’s leading stock markets and some giving exposure to government and corporate bonds. For those wanting a lower risk, he would put more into the bond element and reduce the equity content. He would also replace the ETFs tracking the overseas stock markets with ones covering the same markets, but with currency hedging.

To “spice up” a portfolio with a higher risk element he would add some small-cap ETFs and what are known as “smart beta” ETFs, which target a specific part of a stock market index, such as the stocks paying the highest level of dividends.

Townsend Lansing, of ETF Securities, says many investors like putting money into fairly “niche” products, such as an ETF that tracks an index containing robotics companies — the ROBO Global Robotics and Automation — or one focusing on companies that provide cybersecurity to governments (the ISE Cyber Security). Both are fairly expensive, charging 0.8 per cent and 0.75 per cent respectively.

Nizam Hamid, of Wisdom Tree Europe, an ETF sponsor, says one popular product is a European ETF focusing on large-cap multinational companies with significant overseas earnings, such as LVMH, L’Oréal Paris, Daimler, and Anheuser-Busch, the brewer.

The drawbacks
Justin Modray, of Candid Financial Advice, the independent adviser, says that the greater liquidity of ETFs compared with ordinary tracker funds may not be that much of an advantage if you are planning to buy and hold your index fund. He adds: “The cheapest unit trust trackers have similar low charges to those of the most competitive ETFs, so if you want a plain vanilla tracker there is probably not much in it.”

Mr Modray also urges caution over “synthetic ETFs”, which rely on complex swap arrangements with investment banks. “If the bank involved goes bust, you could lose your money.”

The expert’s picks
Shaun Port, of Nutmeg, says: “For a medium-risk portfolio I would use iShares Core FTSE 100 ETF with a charge of 0.07 per cent to track the FTSE 100 and Vanguard’s FTSE 250 ETF for the mid-caps. To gain exposure to the US, European and Japanese stock markets I would pick three more Vanguard ETFs: the S&P 500, the FTSE Developed Europe ex UK and the FTSE Japan, with charges of between 0.07 per cent and 0.19 per cent. Then I would have the iShares Core MSCI Emerging Markets IMI ETF costing 0.25 per cent to cover emerging markets.

For a spicier portfolio he would add three smaller-cap ETFs from iShares: the S&P Small-Cap 600, the MSCI EMU Small-Cap and the MSCI Japan Small-Cap, with charges ranging from 0.4 per cent to 0.59 per cent. His smart beta pick is SPDR S&P Euro Dividend Aristocrats ETF.