Home
/
Investment
/
Is Europe in hot water or is it hot property? 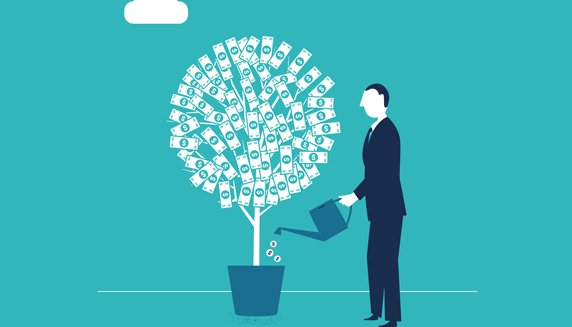 Last December may seem an odd time to set up an investment trust based on continental European property assets. There were looming uncertainties, such as the Brexit vote, and there are still elections pending in Holland and France that could change the shape of the eurozone completely. The history of earlier funds invested in European property is not a chronicle of overwhelming success; many invested just in time for the financial crisis and with high levels of debt.

Schroder European Real Estate Investment Trust floated then and has so far raised €183 million. The trust, which is run by Schroder Real Estate Investment Management, has spent almost €180 million on eight properties, half in France and half in Germany. There are about another €50 million of deals in the pipeline; after that the trust will be fully invested and managers will turn their minds to raising another tranche of capital.

This may have to wait a while; the shares have been weak of late and, up 4½p at 104½p, are trading at well below their net asset value, and the company is not going to issue shares at a discount. The aim is to build the dividend until the shares are offering a yield of 5.5 per cent, backed by solid assets that are going to provide a reliable income.

Those assets are in cities where the managers think growth will exceed local GDP, such as Berlin and Paris, both of which are growing faster than the German and French economies. The ten largest tenants provide 79 per cent of total rental income, and the average lease runs for five years.

The trust has the look of a work in progress at present. The loan to value ratio is a modest 22 per cent, so there is the potential to gear up further. There is a dual listing in Johannesburg, where about half the shares are held — South African investors have a particular fondness for high-yielding assets outside the rand zone.

The trust does not hedge against any movement in the euro and pays dividends in pounds or euros, whichever investors prefer, so it is also a play on the European currency. The shares are mainly held through wealth managers by retail shareholders. That potential yield is worth having in due course, though the patient investor might wait for that next equity raising.
My advice Buy
Why Schroder European is a highly specialised trust and not fully invested yet, but it should in due course give investors a reliable income

Rotork
Rotork is one of those global British engineers that is doing whatever it can in terms of cutting costs but is still dependent on oil and gas for half its revenues and still seeing little sign of a significant upturn in orders. There are patches of strength, onshore in Saudi Arabia and, it is to be hoped, in the US, where President Trump is making investment in energy a priority.

The company is a £2 billion one, making actuators, valves and controls, and competes in some product ranges with IMI, which reported its own results in challenging markets on Friday. Rotork received a boost from the lower pound in the second half, but at constant currencies, operating profits last year were off by 18 per cent to £120.6 million.

It identified £9 million of costs to come out in 2016 and more this year. This suggests that 2016 will be something of a trough, and consensus forecasts are for £127 million of operating profits this year. Rotork has the benefit of earlier acquisitions feeding into profits, having had the balance sheet strength to buy at the bottom of the market, including Bifold in 2015 which, at £125 million, was its biggest deal yet and supplies the upstream oil and gas industry.

Dividends are up by only 1 per cent, though, and the company admits that near-term growth in energy will be modest. The shares, up 10½p at 246¼p, have risen strongly from about 150p at the start of last year and, on 22 times earnings, most of the recovery would seem to be in the price.
My adviceAvoid
Why Shares seem highly rated pending any recovery

Bunzl
There are really only two metrics to look at when considering Bunzl. One is the rate of organic growth and the second the rate of acquisitions. On both counts 2016 was not on the face of it a great year. Throw in the departure of long-serving chief executive Michael Rooney in the spring and it is not surprising the shares had a bit of a wobble in the summer.

They have been recovering nicely since this column tipped them for this year at £21.09 and added another 74p to £22.45 amid signs that the end of the year sees an uptick in that growth rate, 1.5 per cent after a flat first three quarters. Acquisitions worth £184 million were down a fair bit on 2015’s £327 million but the annual run rate since 2013 has been an average of £250 million a year. The board seems confident enough that this will continue, with a promising entry into the Asian market in Singapore.

Inevitably, with such a widespread business some areas will be doing better than others. That spread, though, provides stability as Bunzl grinds out higher profits and dividends. The shares sell on just short of 20 times earnings and remain good long-term value.
My advice Buy
Why Shares have come on well but should go further

And finally…
MJ Gleeson must have one of the lowest average selling prices in the housebuilding sector and among the best margins, running above 30 per cent. The company specialises in urban regeneration in deprived areas in the north of England, selling houses for less than £125,000, often to first-time buyers.

The builder is still small but managed 451 homes in the first half. For investors, the dividend is up by 44 per cent, and Gleeson is planning to expand its model further south.