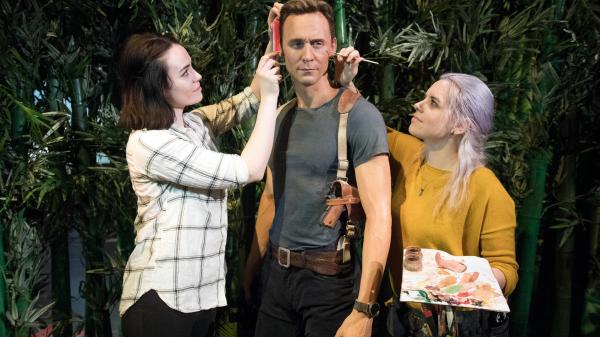 Martin Waller, Tempus editor, finds that his 2017 share picks have outpaced the FTSE 100 in the first quarter

These are good markets for share tippers. The FTSE 100 is little changed since its rise in the first two weeks of January, after last year’s surge induced by the lower pound, and the constituents look fully valued in earnings terms.

The FTSE 250, though, is up by 8 per cent since the start of the year, having underperformed the blue chip index in 2016 because of concerns over the UK economy post-Brexit.

The Tempus tips are ahead of both indices and should have further to run given that the two biggest underperformers now look seriously undervalued. Premier Oil shares approached £1 in January. Since then the majority of the hard work in refinancing the oil explorer’s $2.8 billion of debt has been done.

The company is reaping the benefits of a deal to acquire North Sea assets at the start of last year that even then looked startlingly cheap. The oil price remains supportive at above $55 a barrel. There is no obvious reason why the shares should languish at about two-thirds of that January high, then.

The other significant underperformer is RPC Group, which should be among the most reliable performers in the whole portfolio. The packaging specialist has carried out a string of acquisitions, so far successfully. The most recent one came in February. Some analysts have been worrying that RPC under Pim Vervaat, its ambitious chief executive, is in danger of overstretching itself and will one day go a deal too far. The shares now sell on less than 12 times earnings for the financial year just ended, which looks laughably cheap for a company with RPC’s reliability of earnings and ability to grow organically.

As for the rest, a couple are flattish but the majority are well ahead. Bunzl is one of the dullest but most reliable stocks on the market, grinding out revenue and margin increases from an unceasing string of small acquisitions in its given area, providing workplace products such as protective clothing and catering goods. The shares fell below £20 late last year on fears that the growth machine was slowing. This looked at the time like an overreaction. There looks to be more to go.

Nex Group is the renamed Icap, the inter-dealer broker, after the sale of its voice-broking business to its former rival Tullett Prebon. The deal always looked like a good one for both sides. Inter-dealer brokers are notoriously reliant on market volumes that are driven by volatility and beyond their control.

Nex, though, has been building up its post-trade services where revenues are much more reliable. Meanwhile Michael Spencer, the founder and chief executive, was buying the shares again just after the deal was done, and just after the shares were tipped here. At today’s level they look fully valued.

Burford Capital was little understood by the market. In its chosen area of operations, finding capital for litigation, there are no obvious points of comparison. The figures for 2016 were remarkable, net profits ahead by 75 per cent and lots of new business coming through. The company has just bought the second biggest competitor in that field.

The shares are up by more than a third this year. Those fortunate enough to take this column’s advice may think about taking some money off the table, though.

The tips for the year always include a couple of outright punts that will either come good or founder. Sirius Minerals is one of these. The company is progressing with plans to develop a potash mine under the North York Moors. This is very much a work in progress but the latest update confirms that the mine is on time and on budget. The company has also announced plans to move from AIM to a main listing, which should improve the market for the shares. One still worth holding for the long term, then.

Capita was another speculative punt, on hopes that conditions for this battered outsourcing specialist would not get significantly worse. Andy Parker, who has resigned as chief executive, acknowledged the hard task ahead for the company at the 2016 results early last month. There is every indication that 2016 will be the nadir of Capita’s fortunes, with a return to growth next year.

Meggitt was seen as this column’s potential takeover stock. This is one of several defence contractors that have run into trouble but it still looks like the most robust. The company sold a small subsidiary to Qinetiq, one of its rivals, in December.

Stephen Young, the chief executive, has said the peak of investment in the various new aircraft programmes that the company is engaged in is now past and its involvement in them is still rising. Takeover speculation seems to have gone off the boil, but the shares should benefit from improved performance over the next year.

The next two picks were bets on the leisure industry, both in the UK and globally. Merlin Entertainments has suffered in the UK, at attractions such as Madame Tussauds and the London Eye, from a fall in tourist numbers because of the threat of terrorism. The company is still investing heavily, in particular in hotel rooms at its various sites.

The shares could still be knocked off course by any further terrorist outrage, but its spread of assets around the globe looks to have lessened the risk.

Thomas Cook is likewise vulnerable, but the latest trading update was positive enough. Further progress on most fronts looks assured for the rest of the year.