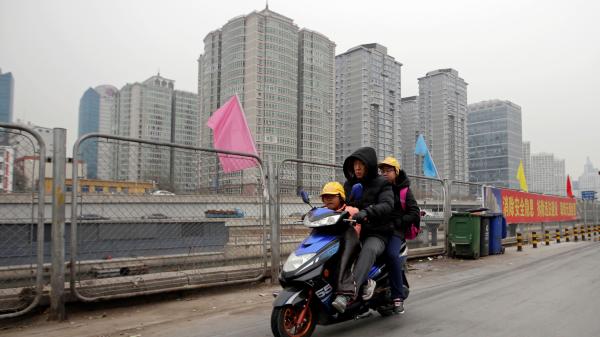 For decades the Communist party controlled the movement and careers of China’s citizens through draconian systems of household registration and personnel files, paper records that included every black mark for unorthodox or politically incorrect behaviour.

China’s people are now freer than ever to pursue material wealth and move around. Big Brother is still watching, however, armed with ever more sophisticated ways to ensure that the population of more than a billion falls into line or risks the ability to get a loan, air ticket or education for their children.

More than 20 local authorities are compiling digital records of social and financial behaviour to rate creditworthiness. Set to go national by 2020, this official credit rating system rewards good behaviour but punishes people for infringements such as fare dodging, failure to obey court orders and violations of family planning rules.

The national “social credit” system will “allow the trustworthy to roam everywhere under heaven while making it hard for the discredited to take a single step”, according to its official slogan. But critics fear that the new system will also tap into wider, government-run data pools that review citizens’ internet activity for any signs of dissent.

William Nee, a China researcher based in Hong Kong for Amnesty International, said it was incredibly worrying, despite the tremendous logistical challenges Beijing would face co-ordinating countless regions and government departments. “They are very committed to the goal to use people’s personal behaviour, big data and consumer habits to control the population and ensure there is political discipline,” he said.

Since the fairly recent start of official blacklisting by China’s judiciary, which feeds into the nascent social credit system, 4.9 million air passengers and more than 1.6 million railway users have been denied travel, Lian Weiliang, a senior central planner, said. Many thousands of loan and credit-card applications at one of the country’s largest banks were also rejected, he said.

Mr Nee said: “We need to ring the alarm bells now before it’s fully implemented,” especially as China will probably promote its social credit system around the world.

• Chinese authorities have detained three activists in what appears to be a crackdown on people who document the grassroots rights movement. Jiang Tianyong, a former lawyer, was last seen a week ago visiting the wife of another lawyer who had been detained. Police refuse to accept missing person reports in the case, Amnesty International said.