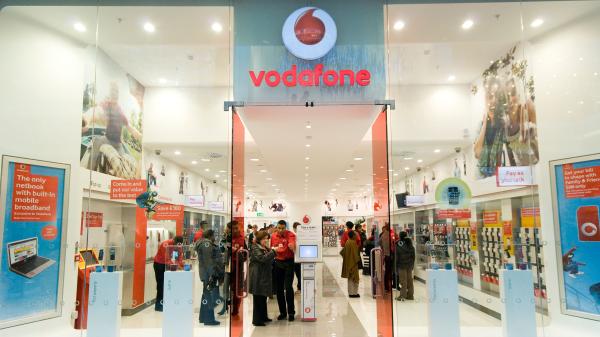 The chief commercial officer at the broker Interactive Investor favours investing regularly and from a young age over a get-rich-quick approach.

Kovach, 49, lives with his wife and their three-year-old twins in Fulham, southwest London.

He started investing in his late twenties and admits that, like many beginners, he was overconfident at first. “My naive and enthusiastic self was certain that any investment I made would work spectacularly well,” he said.

“I picked shares in BT and Vodafone, which I believed would make me a fortune. In fact, I ended up significantly down when I decided to sell, which was too soon.

“Somewhat humbled by the experience, I turned my attention to collective funds. These are pooled investments where your money is combined with that of others and a manager makes investment decisions on your behalf or your funds track the performance of one particular index. Such funds are known as trackers.

“I am particularly interested in a type of pooled investment called an investment trust. This is basically a company that acts like another, more common, type of managed fund called a unit trust. However, as they are shares, investment trusts can be easier to trade.

“I also like exchange traded funds (ETFs), which are like shares but allow investors to track a particular stock market index or commodity price at a very low cost.”

Kovach said that, having got off to a bad start, he has four golden rules:

Invest in actively managed funds only where the managers can bring value and justify their fees. However, choose trackers in those markets that are more developed, such as North America.

Invest a little, regularly. If you have £10,000 available but are worried about stock market volatility, consider investing £833 a month over a year. Regular investing means you can ignore short-term market movements and concentrate on building up a sizeable pot over time.

Keep costs down. The impact of percentage charges can be devastating to your portfolio over a long period but it may not seem so from year to year.

Be as tax efficient as possible. That includes using up your Isa allowance. This final point is often overlooked.

Below, Kovach explains how he would split his £10,000 between four “diverse” investments.

Vanguard LifeStrategy 100% Equity Accumulation fund (up 26.9% over a year)
A significant part of the investment, £4,000, would go into this fund from Vanguard, a specialist in low-cost trackers. I am a fan of how Vanguard has revolutionised the cost of global investment, making it increasingly accessible and cost-effective.

This particular fund has four options, depending on how much risk you are happy to take. The higher the risk, the more money goes into shares. The rest will be in lower-risk investments such as bonds [government and company debts paying a fixed income].

The LifeStrategy range starts at 20% equity. As I am relatively comfortable with higher risks, I would go for the 100% version, which means all my money would be invested in shares.

About 44% of the fund is invested in American companies via trackers, which follow indices such as the S&P 500. Another 18% or so is in UK companies via a FTSE All-Share tracker.

The overall annual cost is 0.22%. As with all the funds tipped here, this is on top of the fee levied by the platform used to make the investment. Platform charges typically range from 0.25% to 0.45% a year.

iShares FTSE MIB (up 22%)
I would invest £2,000 in this fund, which is from an ETF specialist. This one tracks the performance of the Italian stock market and has an annual charge of 0.35%.

Europe has a lot of catching up to do with the rest of the world over the next few months. It is a relative underperformer compared with America, as it has been held back by potential political risks.

One chink of light is the poor election result for the Dutch populist politician Geert Wilders. This may suggest that populism is on the wane, which will pave the way for better returns.

Italy may be a particularly volatile choice but I am happy with that, especially given how badly the country’s stocks have performed in recent years.

Baillie Gifford Shin Nippon (up 26.4%)
This investment trust, into which I would put £2,000, has been a firm favourite of mine for years. It is actively managed, so more expensive than the others with an annual charge of 1.53%.

The trust specialises in Japanese smaller companies, a sector where active managers can make a difference.

Aberdeen New India Investment Trust (up 39.9%)
My final £2,000 would go towards investing in Indian companies. This is a specific play on the ongoing turnaround in India. The prime minister, Narendra Modi, is implementing bold reform policies with the aim of driving the country towards growth and prosperity.

It is another actively managed fund, so the fee is relatively high at 1.36% a year. Top holdings include the global consultancy company Infosys.