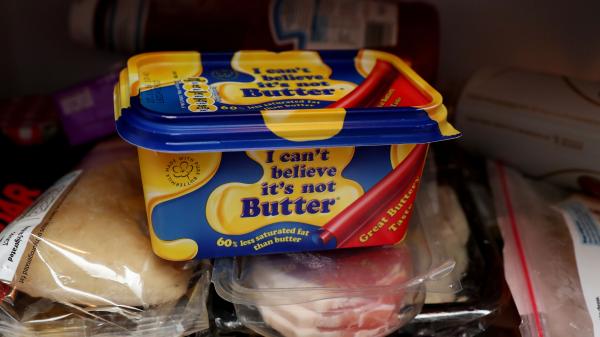 The Anglo-Dutch consumer goods giant Unilever lifted its dividend by 12 per cent as it reported better-than-expected quarterly sales and moved to bounce back from a surprise takeover approach by Kraft Heinz.

Unilever quickly responded to the failed approach from its American rival by unveiling sweeping changes earlier this month, including higher shareholder payouts, in an attempt to deter any further interest from predators and keeps its investors onside. It also signalled plans to sell its spreads business, which includes Flora margarine and I Can’t Believe It’s Not Butter.

Unilever announced a 6.1 per cent rise in revenue to €13.3 billion for its first quarter today, helped by acquisitions and currency movements in its favour. The City had forecast revenue of €13.2 billion for the opening quarter.

Underlying sales growth was 2.9 per cent.

Investors welcomed the results with shares in Unilever rising 0.3 per cent or 12½p to £39.50 on the London Stock Exchange.

The figures were also boosted by Unilever forcing through prices, including in the UK in response to the fall in the value of the pound. Unilever was locked in a showdown with Tesco after the Brexit vote after it attempted to increase prices by 10 per cent because of rising cost imports. The dispute was resolved in October after some products, including Marmite, had been withdrawn by Tesco.

Sales volumes across the group, which makes goods from Ben and Jerry’s ice cream to Dove soap, were down 0.1 per cent but gained 0.8 per cent in emerging markets, which helped to offset declines elsewhere. Volumes in developed markets fell 1.2 per cent and sales retreated 1.5 per cent.

Paul Polman, chief executive, said Unilever outperformed its markets because of product innovation. “The actions we are taking keep us on track for another year of underlying sales growth ahead of our markets, in the 3 per cent to 5 per cent range. We also expect an improvement in underlying operating margin this year of at least 80 basis points and strong cashflow.”

In addition to raising the dividend 12 per cent €0.3585 per share, as part of its review this month Unilever also announced plans for a €5 billion share buyback this year and pledged to review its dual UK and Netherlands listing.

Excluding spreads, underlying sales growth was 3.4 per cent to €12.6 billion.

Analysts at Shore Capital said: “We note Unilever’s 2.9 per cent [underlying sales growth] compares favourably with the 2.3 per cent organic growth reported this morning by Nestle, though Nestle volume growth was stronger at 1.3 per cent.”

Analysts at Liberum, which rates the stock a “hold”, said: “Our prior stance [sell] was predicated on weak organic sales growth, slow margin growth, a lazy balance sheet and an expensive valuation.